Keeping our dignity on Human Rights Day, and every day 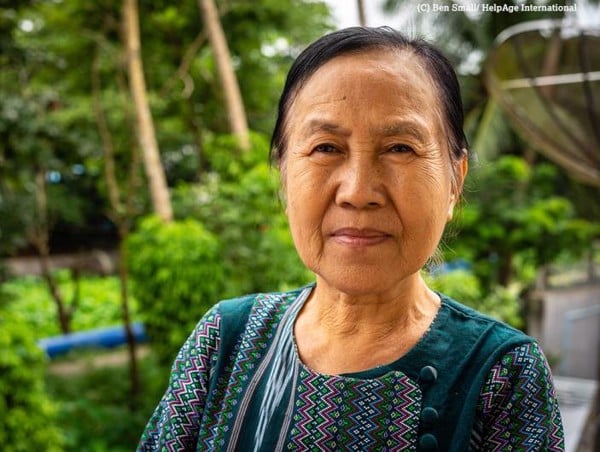 I want to live in a just world where everyone is treated fairly. Not just today on Human Rights Day, but every day. Just like you, I suspect. And the more I listen to older people in my job here at HelpAge International, the more I understand what a difference being treated fairly when we are older makes to our lives.

Take access to justice, a human right that is fundamental to living in a fair and just world. Earlier this year we talked to older people from 23 countries and they told us that justice is not only about righting wrongs - like getting back land which has been unlawfully taken from you - or being recognized as victims of crimes. Justice is about restoring self-respect. They say that justice raises self-esteem and, for some, makes their life worth living. It's about dignity.

Being treated fairly at work would also change their lives, whether they're still working, looking for work or have stopped. Decent work, they say, is as important to them as everyone else. It would provide an income and access to entitlements like insurance and pensions so they can support themselves and their families. It would allow them to live autonomous and independent lives, feel accomplished and useful with a sense of purpose and belonging.

In our consultation 41 per cent of the older people who took part said they have been refused work because of their age. They say compulsory retirement ages and negative stereotypes about older people's ability or willingness to work limit employment opportunities. Few or no chances are offered to retrain or update skills, while poor working conditions and the limited nature of jobs available to older people also restrict access to work. As one 66-year-old woman from Kyrgyzstan said:

"Old age is an almost insurmountable obstacle when applying for a job, except for the most difficult and dirty work."

This ageism and discrimination is also present in the very systems older people use to find justice. Seventy-one per cent of the older people we spoke to have justice problems they want a solution to. Over half have not got justice. They say they are shown disrespect by officials and harassed by police because of their age. Costs are prohibitive because of their lower incomes and courts and other dispute resolution mechanisms are often inaccessible to them. Long legal proceedings can cause immense stress for those who are towards the end of their lives and some feel their cases are even deliberately drawn out. As a 65-year-old man from Rwanda told us:

"The insurance company refused to pay because, according to them, my lawyer was asking for too much money for a very old person. I'm still waiting for the judgment. I believe they have spun out this procedure for two years, hoping I could die before [it's resolved]."

The reality is, too many of us continue to be treated unfairly, subjected to discrimination and prejudice just because we are older. We are denied our rights, to access justice, to work and in other parts of our lives, because of our age.

Our rights do not change as we get older but not enough attention is paid to them when we are - by governments, by service providers, by civil society, and by our family members.

In April next year, governments will sit down at the UN to discuss older people's rights to access to justice and to work. Older people's experience must drive these discussions so we get the outcome we want: a UN convention on the rights of older people that sends a signal to the world that our lives still matter in older age.

Download our new report Keeping our dignity to find out more about what older people say about their rights to access to justice and work.

Find out more about the UN Open-ended Working Group on Ageing.