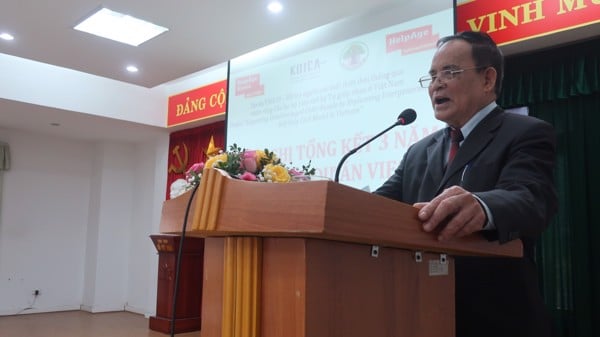 With 918,122 people over 60 years old accounting for 11.5% of the population in the area, and the aging index up to 50.1%, higher than the national aging index of 48.8%, Hanoi authorities soon realized the effectiveness of the ISHC model to adapt to population aging. After only 3 years of implementing the VIE070 project, the city has 16 clubs established and received capacity building, with a total of 868 active members. Club members' income is increased through income-generating activities (IGA) with guidance on appropriate economic models. 390 members have been borrowing from the Club's IGA Fund, with the capital and interest returning rate of 100%. Also, more than 99% reported that their health was maintained or improved through access to health care services. The 16 point clubs of the project have become role models and destinations for other clubs established by the locality to visit and study. The project has also organized many training courses for the local AE  and the Club’s Management Board (CMB) of ISHCs outside this project. 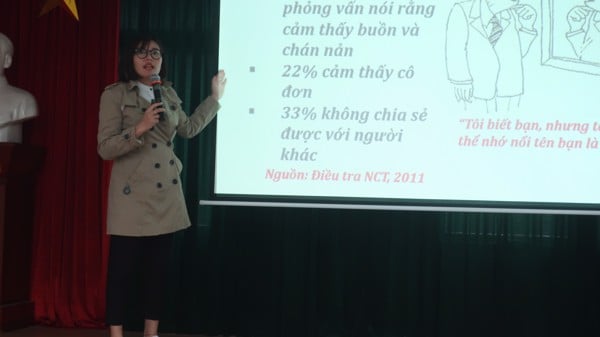 As a unique area with a large area and diverse population characteristics, Hanoi faces many difficulties at the start of this project. Speaking at the meeting, Ms. Pham Thi Tuyet Nhung, Acting Head of Foreign Affairs Department of VAE, cum VIE070 Project Advisor said: “Hanoi encountered many difficulties at the beginning of the project. Partly because of the specificity of the locality, but it must be said that the care and promotion of the elderly in Hanoi have not been paid enough attention. Despite those difficulties, but you have done it very well. We have established 94 clubs, of which 78 are outside the project, which is very good, especially there is no weak club. At first, when we at VAE went to clubs like Phuong Lien ISHC, we thought there was not much hope, but until now Phuong Lien is one of the strongest clubs. 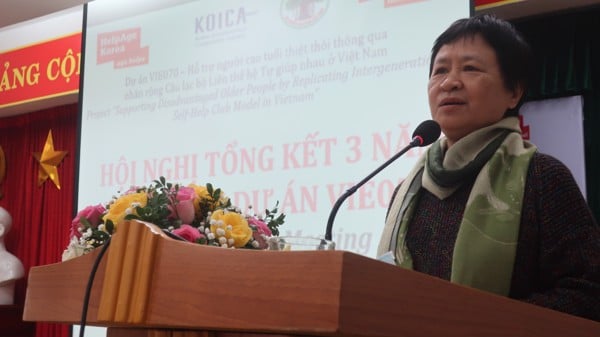 Despite facing many initial difficulties, Hanoi is the most successful area of the VIE070 project in replicating the club with 78 clubs established outside the project, bringing the total number of clubs in the city to 94, surpassing 4 clubs compared to the target set out in plan No.110/KH-UBND of Hanoi People's Committee on the implementation of the project of replicating the model of Intergeneration Self-Help Clubs according to Decision No. 1533 / QD-TTg dated August 2, 2016 of the Prime Minister in Hanoi to 2020. The most remarkable thing is the success of clubs in mobilizing social resources. In 3 years, clubs in Hanoi have mobilized nearly 420 million VND to maintain club activities sustainably, as well as to support the disadvantaged in the community. With activities aimed at the community, up to now, 97 people have benefited from homecare volunteer activity, and 125 people have benefited from Right and Entitlement activities. 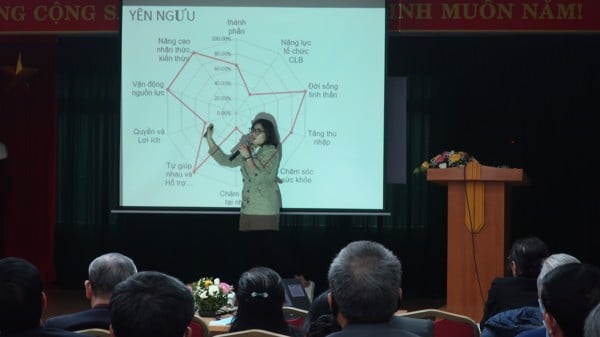 Ms. Nguyen Phuong Lien evaluated the quality of club activities in the presentation of the VIE070 project's results at the meeting.

In the speech at the conference, Ms. Dao Thi Hoa – President of Khuong Dinh Ward ISHC, Thanh Xuan District, said: “We are very worried because this is a very new model for Hanoi. According to the regulation that each member can only borrow up to 5 million VND from the club for a small production to make products to help members have a stable income and improve their lives, which is a big challenge for us."

Also in her speech, Ms. Hoa expresses her appreciation for the close attention of the AE at all level, with very practical guidance and support, Khuong Dinh Club has fought out how to invest in IGA which is suitable for the older without large capital, such as planting clean bean prices, making probiotics, processing traditional breakfast products, producing bean sprouts... Khương Dinh ISHC has become one of the three strongest clubs in the city with the quality of 8 activities being improved day by day. Talking to HAI organizers, Mr. Nguyen Quoc Hoan, Chairman of Khuong Dinh Ward AE said: “Leadership is very important, in a leadership position, we must know what to do, and how to promote the implementation of the regulations related to OP, then we can provide practical support to the club, otherwise it is very difficult. The ISHC model is very good, but to replicate it requires effort, coordination with parties, and suitable adjustment to suit each locality. " 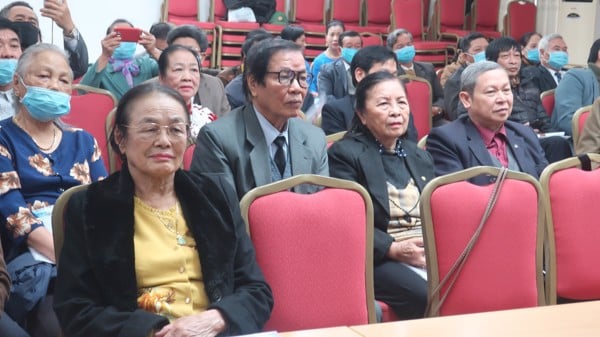 Sharing the experience in the replication of the Intergeneration Self-Help Club model in Vietnam according to the Prime Minister's Decision, Ms. Pham Tuyet Nhung said that Thanh Hoa is now the province which has the largest number of clubs being replicated nationwide with nearly 900 clubs in the province and continues to expand about 400 clubs in the coming time. Ms. Nhung also said that Thanh Hoa has decided to invest up to 60% of the Older people Care and Promotion Fund in replicating the club model because “they know where there are clubs, they do not need to worry about OP care."

Representing the voice of Hanoi OP, Mr. Tran Cong Nguyen - Standing Member of the Representative Committee of Hanoi AE expressed his expectation that Hanoi People's Committee quickly approved the new plan on the implementation of the proposed project on replicating the ISHC model under Decision 1336 / QD-TTg dated August 31, 2020 of the Prime Minister in the area to 2025. After 3 years of the VIE070 project, OP in Hanoi has received practical benefits through the ISHC model. With significant impacts in many aspects, the ISHC model has been welcomed by the OP, the community, and local authorities in the context of the rapidly aging process happening in Vietnam.